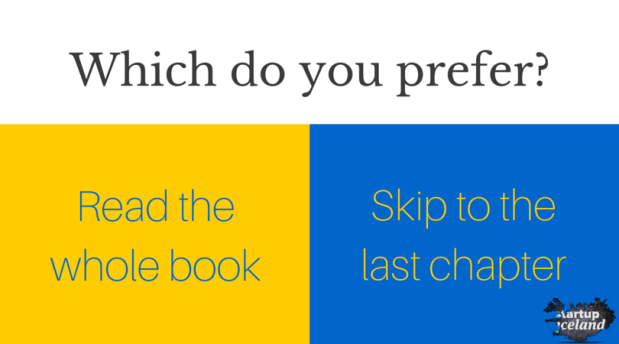 Did the butler commit the murder?

When most consumers (including myself) buy a book or a ticket to the movies, they generally don’t buy the book or the ticket to know if the butler did it.

They buy because of the experience, the laughter, the sadness and the feeling of victory they get when the good guy wins.

They buy the WHY (the story and the feelings), not the WHAT (who committed the murder)!

They don’t buy because they wanted to know if the butler did it .. they already know that.

The same goes for customers of companies and their products.

Your company and your products.

Why should consumers or businesses buy from you?

From the crash in 2008, I didn’t buy from certain companies.

Their “reason why they do what they do” didn’t align with my moral values. I didn’t like them. (and still don’t)

Their products (what they do) didn’t change, it just came very apparent to me WHY they do what they do.

People don’t buy what you do, they buy why you do it.

People don’t follow Apple’s products just because they want to buy a computer or a smartwatch – they buy because they believe what Apple believes.

“People don’t buy what you do, they buy why you do it.” via @simonsinek – Click to tweet

Simon Sinek wrote a book called “Start with Why: How Great Leaders Inspire Everyone to Take Action”, which I have read cover to cover too many times to count!

I purchased this book a couple of years ago and it has helped me realize how companies can turn their customers into loyal followers (some might even say Zombie Loyalists or your Tribe) that will defend you and do your marketing for you .. because they believe what you believe.

They want to change the same things as you do, and they’re willing to support you and buy all of your products so both of you can change the world through your beliefs.

But companies and entrepreneurs are very often horrible in communicating their “why” to their potential customers (I am just as guilty as the next guy in that) and so it is very hard for the customers to understand why they should choose your product over your competitors’ product. 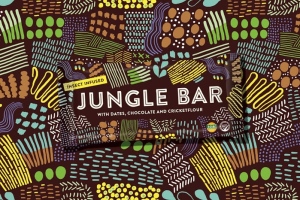 An Icelandic startup called BSF Production recently created a Kickstarter campaign to get enough funding to produce their first commercial batch of CrowBar, a protein bar made from cricket flower and other ingredients.

I like their product. Although I have never tasted it, I want to taste it at some point – but that’s mainly because I want to taste crickets for the fun of it. I also love chocolate. 🙂

That being said, after watching the video and reading their Kickstarter page, I didn’t feel the urge to buy their product for anything else than novelty. It’s just another protein bar .. so what? .. why should I care?

I have the option of buying a cricket based protein bar from other suppliers and get it shipped to Iceland .. why should I buy the Jungle Bar instead?

The Jungle Bar has a little clause at about 1/3rd of the way down on the page that might nudge me in the “buyer” direction..

Jungle Bar is dedicated to those who share our passion for normalizing edible insects in the western world. We see it as our missions, to educate people about the benefits of edible insects and think that Jungle Bar is the perfect gateway food that’s able to change people’s minds towards eating insects.

.. but it’s not enough to make me care as a potential Zombie Fan.

What if everyone started with “Why choose us?”

I really want Búi and Stefán at BSF Production to succeed, and I have no doubt that their Kickstarter campaign will be a tremendous success .. but what then?

If they don’t focus on their “Why”, they might end up becoming the next TiVo .. (everyone TiVo’s stuff, but nobody uses TiVo to do it)

Why not use this momentum to not only create the first batch, but a horde of loyal rabid zombie fans?

This is how I currently sense the message now:

We are passionate about sustainability and insect awareness which is why we make protein bars. Wanna buy one?

The earth is quickly changing into a hungry, overpopulated world where most resources go to create food that people can’t afford.

We believe everyone has the right to a good meal that is healthy, cheap and doesn’t waste 10 times as much water and feed as the next meal.

We think that the 7 billion people in the world deserve to live a good, happy life with a full belly and we believe our children and our children’s children should have the same opportunity as us.

We are making this vision a reality through our economical and delicious insect based food and we want you to try it as well.

This message may not be perfect, but it certainly goes a long way to tell me what the founders believe and what their vision is for the future.

That makes it easy for me to align myself with them if I have the same belief – or to dismiss them because my beliefs are different.

(Full disclosure – I do not know if this is the vision of Stefán and Búi, but if it is then feel free to steal the text)

If this message aligns with me, I’ll be a fan and do whatever I can do to help.. 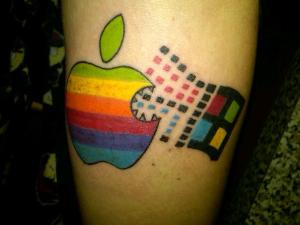 Those who believe the same as the message are much more likely to become a huge fans and spread the message.

If there is no belief or vision to align yourself to, the only message being spread is “It’s a protein bar made out of crickets” .. and the only people who would buy would be the ones that like novelty items and haven’t tried a cricket bar, and those who are into the cricket stuff .. no new group is created.

Nobody would go so insanely insane to tattoo your logo on their body if you don’t have a message that declares what you and your customers stand for ..

Do you believe in a better tomorrow?

Everyone can do a better job of describing their beliefs to their followers.

I am no exception.

Tell me your Why in the comments below.