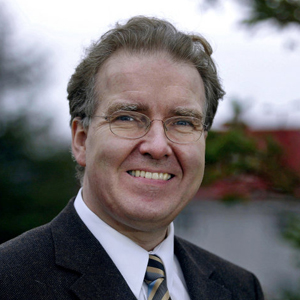 Founders come from many backgrounds and Dr. Einar Stefansson breaks all those molds. I met Einar in 2009 when I started on my journey to work with Founders in Iceland. We really hit it off and of course like everything in life we went our own ways until the year 2017. When I started working on the Personal Data space and Health Tech was on my mind. Dr.Einar and I connected and started working on one of his startup Retina Risk. Einar is also the co-founder of Oculis, a pharmaceutical company which has raised a total of 35.5m Swiss Franks. Einar has agreed to speak in Startup Iceland 2019. I think we all can learn quite about from his journey of being a founder.

Here is a brief bio of Einar:

Dr. Stefánsson is a leading physician in the field of diabetic eye disease and diabetic eye screening. Dr. Stefánsson has co-founded four biotechnology firms in addition to Oculis, including Cyclops ehf. which was acquired by DeCode Genetics in 2000. He contributes to a number of ophthalmological publications either as chief editor or on the editorial board. Dr. Stefánsson was knighted by the President of Iceland in 2007 and received a number of awards in science and ophthalmology, such as Iceland’s highest award in science in 2008 and the gold medal of the European Academy of Ophthalmology in 2014 among many other honours. Dr. Stefánsson has published more than 300 peer-reviewed international publications, more than 400 abstracts, numerous book chapters and patents. Dr. Stefánsson received a degree in medicine from the University of Iceland Medical School and a Ph.D. in physiology from Duke University followed by a residency and faculty position at Duke. He has served as Vice Dean and Dean of the Faculty of Medicine at the University of Iceland and served as Professor and Chair of the Department of Ophthalmology at the National University Hospital in Iceland since 1993

Einar is a founder and entrepreneur, although he is a medical doctor and see patients even today. His talk should be inspiring to anyone, as when I asked him how he brings diverse groups of people together to build innovative solutions in the health space and he said, I usually see problem and things missing in the world and try to get smart people around me to look at those problems. I think you would agree that is exactly what Founders do. Keeping with our theme of Startup Iceland this year, we are happy to have Einar share his experience as a Founder.