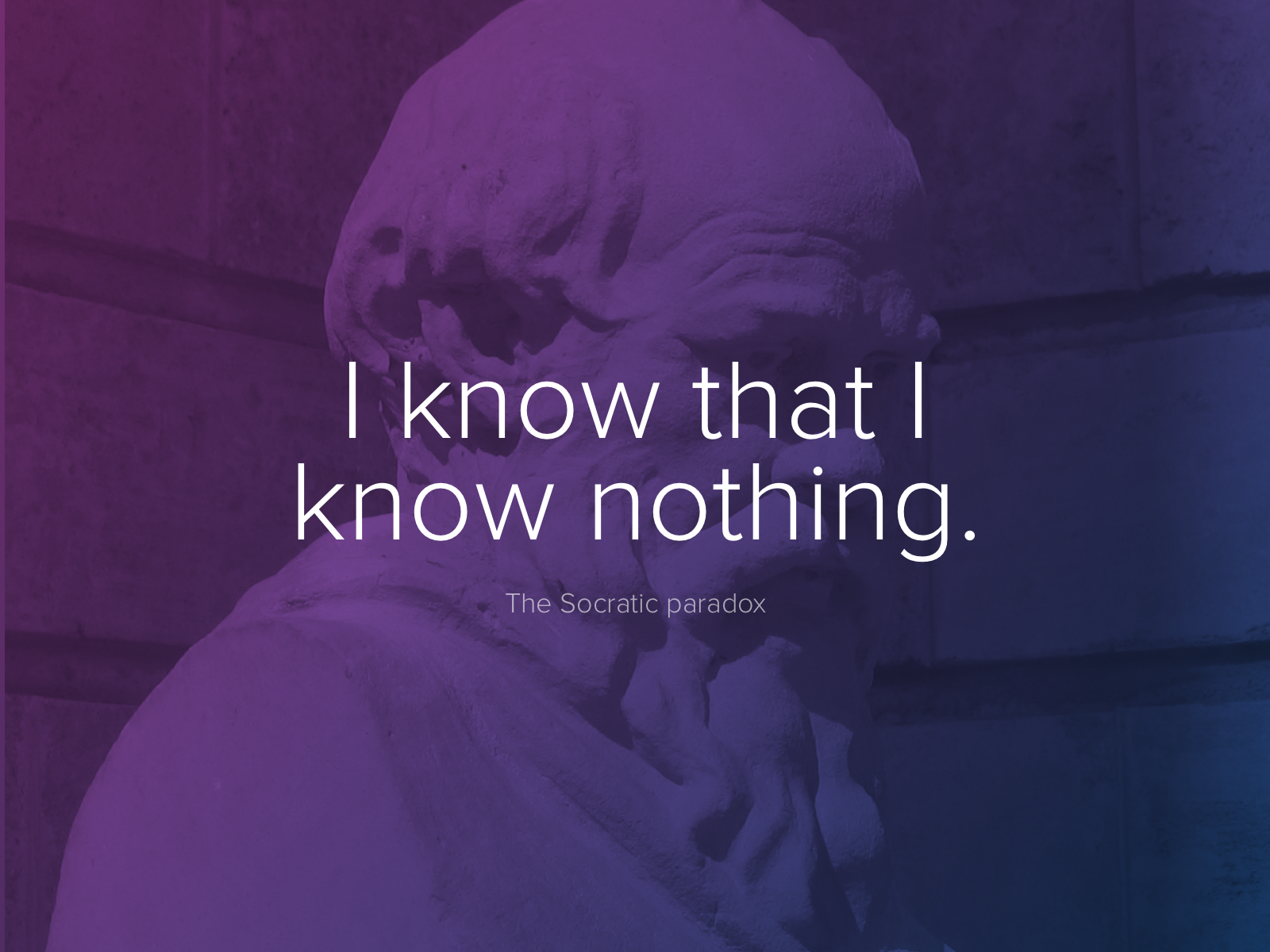 When I initially transitioned from a legal career to one in tech, I often was asked what prompted the leap. I usually replied that the progression was a natural one, but eventually, I realized how my experience would benefit me when faced with the challenges of scaling a high-growth company internationally (aside from all the lawyer jokes).

U.S. law schools generally employ what’s known as the “Socratic method” as a way of teaching students critical thinking and problem solving skills by allowing individuals to define their own purpose for learning, and exploring this purpose through an open-minded questioning of what they hold to be true.

Classes generally consist of a professor leading discussion on a particular legal topic, calling on individual students, through open dialogue, to examine an established rule of law as it pertains to a given set of facts, then walking through new factual scenarios where legal precedence hasn’t been established and the answers aren’t clear. Students are pushed to apply logic and reasoning to new variations of fictional realities, to take positions on what they believe should be the right outcome — and why — to identify the assumptions on which these positions are based, and to articulate the likely ramifications of our conclusions, including how they might actually affect others.

While the Socratic method often strikes fear in the hearts of law students, it usually isn’t meant to intimidate or “break down” individuals. Rather, it’s a framework that, over time, teaches students how to apply a helpful, formulaic approach to: 1) identify issues and problems, 2) analyze those issues from a holistic, 360-degree perspective, understanding our assumptions, anticipating obstacles, objections, and the logical implications of our decisions,** and 3) to quickly reach a conclusion based on the information presented. Over time, this approach to thinking enables individuals to distill large quantities of information and complexities into digestible parts, to see patterns and opportunities that might otherwise go overlooked, and to grow confidence in their ability to make quick and reasoned decisions.

The Socratic method enables individuals to live comfortably in “the grey” — knowing that an answer may not be inherently “right” or “wrong”, but rather, it is based off of what we know at any particular place and time. The best answers are usually derived from gathering and examining as many facts and points of view as possible, thereby challenging the assumptions upon which our ideas are based.

Socrates (who lived from 470-399 BC) was a Greek philosopher who, despite being considered one of the greatest philosophers (or, perhaps because of it), left no writings. Most of what we know about his life and work comes from the writings of his students, Xenophon and Plato. He lived during a period of transition during the Greek empire, and, after the Peloponnesian War ended, he was tried, convicted, and executed for corrupting the young.

Socrates’ teachings grew as a reaction to Sophism, another method of teaching espoused in Ancient Greece, in which a select group of intellectuals taught general wisdoms about human affairs, including rhetoric and philosophy, to a select group of people. Early Sophists were well-regarded, but later on were considered elitist, since they reserved their teachings only to those who could afford it. Critics to Sophism, including Socrates, considered it a practice of teaching truths rather than a method of finding truth, or of encouraging independent thinking.

Socrates, on the other hand, engaged in non-linear conversation with his students in a continual search for truth. During a back-and-forth exchange, he sought to get to the foundations of his students’ and colleagues’ viewpoints by asking questions until a contradiction was presented, thus challenging the initial, underlying assumptions. He would often offer his own “pitch” after learning more about another person’s point of view.

The foundation of Socrates’ teachings is that, when we engage in learning dialogue, we iteratively develop our own expertise through situational knowledge to synchronize each other’s perspectives and thereby maximize the richness of the ideas being shared. Through non-linear give-and-take, everyone comes away better informed. Socrates understood that the best way to communicate and develop some of our most complex ideas might be to develop them together in a shared dialogue. Focusing on conversation, rather than instruction, allows us to engage all participants in a continual learning process, no one being above it. (Note that this approach can be taken too far if one only ask questions and doesn’t offer what they think is the correct answer, which can simply throw others off base and confuse.)

How can the Socratic method help business?

Entrepreneurs can find value in the Socratic method because we, too, carry a deluge of assumptions based on what we and others believe to be the best plan of action for pursuing a business idea; after all, most businesses are built upon the assumption that X product will solve Y problem. Our business ideas can be improved and refined by discussing our hypotheses and the assumptions on which they are based with others.

Cogent dialogue isn’t just about passing strategy or ideas back-and-forth, and delivering information shouldn’t be a one-way street. Pushback by others — whether it’s VC’s, colleagues, customers, or competitors — forces us to refine and sharpen our ideas, anticipate challenges, and think ahead. By engaging the collective knowledge of everyone in the group, a truly effective business strategy or pitch creates synergy that both unifies the group and expands its creative capabilities.

Transforming one-way communications into a shared environment for developing knowledge collaboratively allows our expertise to come alive. This is crucial for several reasons:

A business might avoid engaging in non-linear dialogue for a number of reasons: Teams can incorporate open dialogue and engagement opportunities into their day-to-day business by following some general rules of thumb:

When working with a hyper-growth business, there are dozens of decisions that need to be made on any given day to keep it moving forward. Employing this framework can help entrepreneurs think proactively, overcome decision anxiety, and grow confidence in their ability to quickly reach better decisions.

Opportunities for disruption are found when we question the assumptions that we hold true about the world. We achieve this by surrounding ourselves with individuals who carry different perspectives and by allowing ourselves to feel comfortable in “the grey.”

The heart of the Socratic method — of effective communication and dialogue — lies in allowing ourselves to be vulnerable and open to new ideas, and in establishing relationships through which information can be shared. By building a bridge of trust, vulnerability, and respect, ideas belong to the group, and problems become the focus of a cooperative effort. Diverse perspectives complement this process and lead to well-formed ideas, because their premises and assumptions have been questioned. If your business is not extending these questions and thinking outside of the box, consider that your competition will.

** Also of interest is that the word “logic” means “word,” “speech,” or “truth” in Greek. Aristotle called what Socrates did “dialectic,” which is speech that begins in assumptions and moves beyond them — this was before the scientific method was officially born. Hegel eventually took dialectic and systematized it: one side, which is partly right, meets another side, which is partly right, and they come up with something that encompasses both.

Jessie carries 15 years of experience in engineering, law, and technology, most recently serving as CMO of Tempo, a B2B SaaS company in hyper-growth. A New York transplant living in Reykjavik, she is interested in company culture, building strong brands, product design, and impact.

View all posts by Jessie VanderVeen →