I have been thinking a lot about how to get new breed of investors into the fold of supporting the Entrepreneurial Ecosystem. I think it would be great to have a mentorship driven accelerator just like TechStars or YCombinator focused on building Investors or Investment companies. I think everyone can learn from having mentors and advisors, even Warren Buffet had Ben Graham, time box the creation of the concept and get validation on a public forum and then go on to raise the money and build a venture firm. I wrote about the documentary “Something Ventured“, it was obvious all the early investors had some mentors and advisors who did not know much about startups or silicon valley but they acted as sound boards, what if we could create that here in Iceland? 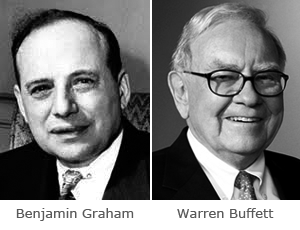 I think the current club of investors is a crap shoot. It is an exclusive club of someone having pedigree, a wealthy family or should have been lucky to have been a entrepreneur who cashed in or lucky to be appointed as a fund manager by the government or a pension fund or a bank. I think this model is broken. I am sure there are very qualified people playing the role of investors in all these platforms, but I think there needs to be a better way to build a new generation of investors. Waiting for the new generation to successfully exit and return back as investors takes too much time. What if we could create an accelerator that allows anyone who is willing to go through the troubles and tribulations of an entrepreneur, but to become an investor?

The reason I have been thinking about this is because of all the nays I get when I suggest that we need to have more investors looking at startups and investing in startups. The more nodes we have in the ecosystem the stronger the node becomes and what drives people to take on the role of an entrepreneur is a supporting community that provides the environment but also the capital. I have said it before I will say it again, there is enough and more capital well within the confines of Iceland. I wrote about Local Capital a while back. I have come to believe the reason people don’t want to jump and do this is because it is a lot of work and you need to be willing to become a student even though you may have some money and success.

Now that we have a accelerator for Startups in Iceland called Startup Reykjavik, I think creating an accelerator for investment firms is not such a bad idea. The intention would be to create 10 investment companies, solicit applications, pair the teams with mentors, time box it for 3 months and at the end of the 3rd month run a investor day where the teams can present the idea of how they will run the investment firm. What do you think?

6 thoughts on “Accelerator for Investors”