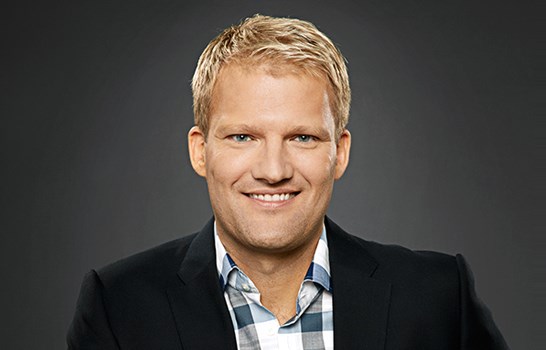 Robert Wessman is well known in the business circles in Iceland and as the former CEO of Actavis Group, which became one of the largest generic pharmaceuticals company in the world in 9 year. However, since 2008 after the collapse of the financial system in Iceland what Robert has achieved is nothing less than a miracle and is not well known. He founded a startup Alvogen in 2009 and has grown the business to become a contender for global leader in the generic pharmaceuticals space in less than 5 years. We are very excited to have Robert keynote in Startup Iceland (Buy your ticket, you will not get another chance to hear this story from the founder) and tell the growth story of Alvogen and his personal struggle of building this company. I will not give everything away but it was not always easy as it sounds on paper. I wrote about Building Unicorns, Robert has built an Unicorn in Iceland. Robert you are an inspiration to all entrepreneurs especially those in Iceland.

Here is a brief about Robert:

Robert Wessman became the Executive Chairman of Alvogen in July 2009 and is now Chairman & CEO of the group. Since founding the business five years ago, Robert has grown Alvogen from a small US business into an international pharmaceuticals company with commercial operations in 34 countries and with 2,000 employees.

Under Wessman’s leadership, Alvogen has set a clear goal to become a top ten global generics player, and is making strong progress towards that ambition. Wessman’s vision to create an organisation which is able to respond to the needs of its customers has led to the development of a balanced yet specialised portfolio consisting of 350 marketed products, as well as a deep pipeline of high-value products in development.

Wessman is known for his clear focus and his ability to successfully combine operational efficiency and external growth through strategic acquisitions. Wessman has grown Alvogen’s revenue by an impressive 78% CAGR over the past five years, or by 59% on an organic basis. He has also overseen a number of strategic acquisitions and partnerships during that time, particularly to strengthen the company’s growth platforms in the APAC and CEE regions.

A business graduate and former lecturer at the University of Iceland, Wessman began his career at the Icelandic shipping company Samskip where he quickly advanced to the post of CEO in Germany. In 1999, he became President and CEO of Delta in 1999, which later formed Actavis. Wessman was CEO of Actavis Group, which became one of the largest generic pharmaceutical companies in the world for nine years.

His achievements have made him the subject of a Harvard Business School Case Study published in May 2008, titled “Robert Wessman and the Actavis Winning Formula”.