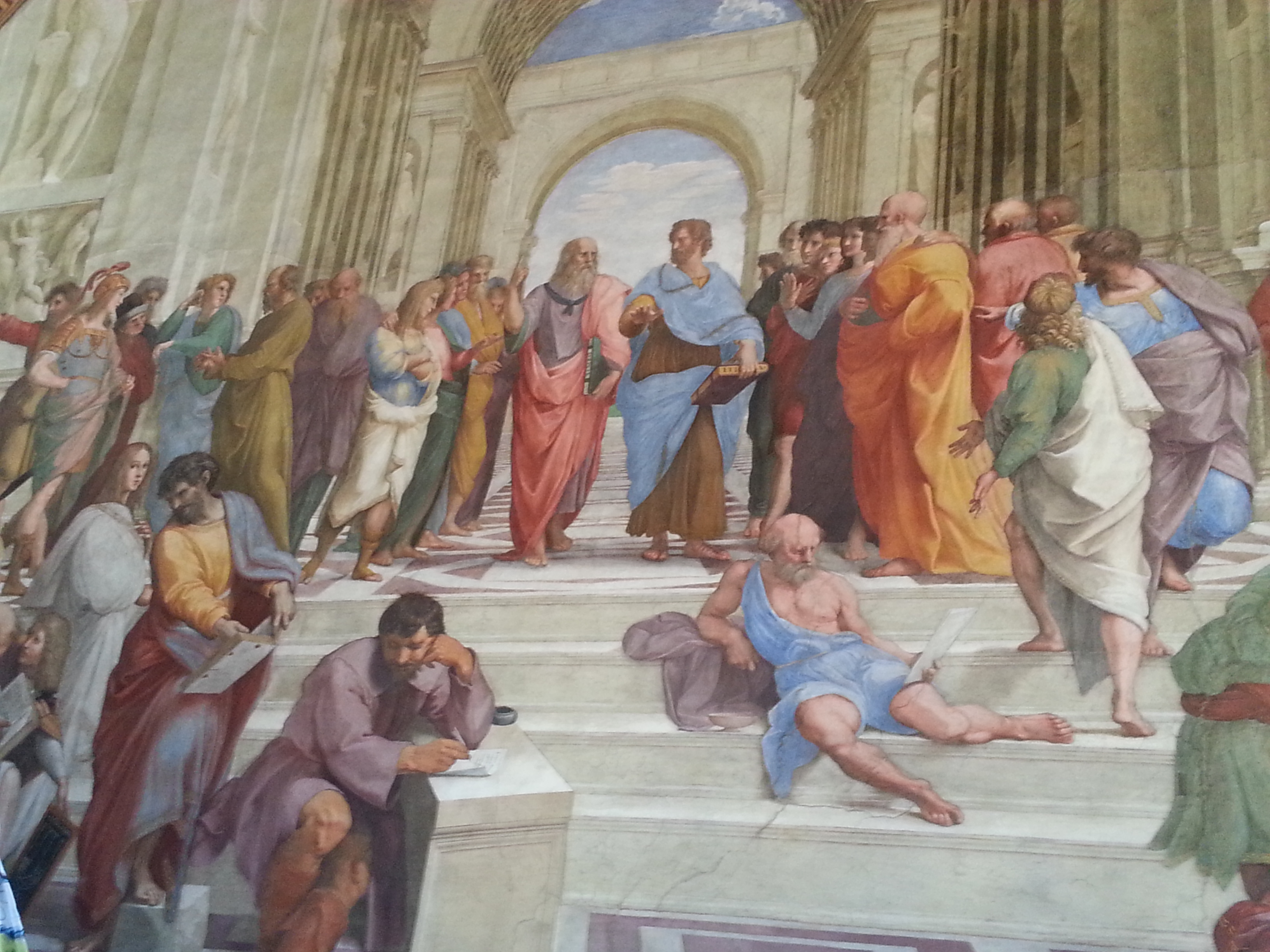 I was in Rome last week, the last time I was in Italy, I did not get a chance to take guided tours or learn about the history behind Italian Renaissance. This time around we decided that we will do a guided tour of the Vatican Museum and the Sistine Chapel. It was inspiring, fascinating, amazing and educational. I highly recommend doing this if your travels take you to Rome.

The works of art, the paintings, the sculptures, the Piazzas, the fountains, the grand vision to build massive structures and the talent of the Italian Renaissance artists is well documented. Michelangelo, Leonardo Da Vinci, Bernini, Donatello, the list goes on. For those who are curious, the Popes of those times were more like Kings, they controlled the tax revenue, commissioned infrastructure development and art and were the main patrons to artists. What really impressed me was the Vision to build these massive structures. The St. Peter’s Basilica is a massive dome, the largest and tallest structure in Rome and according to the local building code no building can be taller than St. Peter’s Basilica, that is one of the reason you don’t see skyscrapers in Rome.

I took the picture

What did I learn from looking at all these immense works of art? well, the artists of those times were entrepreneurs, it was obvious they had talent but the age of artists when they were commissioned to work on a number of noteworthy works of art was staggering to me. Michelangelo was commissioned to do the Pietà when he was only 22 years old. Each and everyone had to take what they did as their life’s work to have created these masterpieces. Almost 30 years later Michelangelo did the ceiling and the mural of the Sistine Chapel. Lesson to be learnt, age does not matter, only the vision, quality of work, belief, discipline and persistence to get it done.

Another lesson to be learnt is from the Bernini, Gian Lorenzo Bernini was one of the true Italian Renaissance man, he could do it all. Check out this article about him. Bernini was a genius. He designed the entrance to the St. Peter’s Basilica, the Bronze stage in the church, the famous Fontana dei Quattro Fiumi (Fountain of the Four Rivers) in the Piazza Navona in Rome, Italy, paintings and

Painting of the Philosophers by Bernini

Bernini’s prodigious output was the result of his skill at organization and his tireless self-discipline. He said that if he put together all the hours he spent on meals and sleep in his lifetime, he doubted whether they would add up to a full month.

Vision, combined with talent, belief and hard work created all the works of art that has endured the test of time. As an entrepreneur and Startup Founder, we should be thinking the same way. Finding meaning in what you do, getting everyone to believe in your work has to come from within. All these artists were able to clearly demonstrate their talent but still they needed a number of patrons to believe in their work and the artists did not disappoint. I think that is key. The entrepreneur and startup founder is the main character but there are a number of supporters who enable the artists to bring out their best work. A community that believed in the arts created these masterpieces. What was even more staggering to learn is that building these massive works of art by themselves did not have any economic value. I don’t believe the Popes who commissioned those works were thinking about how to make the economics work. They just believed in the art, they believed in their posterity in the future which was depicted through these works of art. That is quite fascinating to reminisce about that golden age.