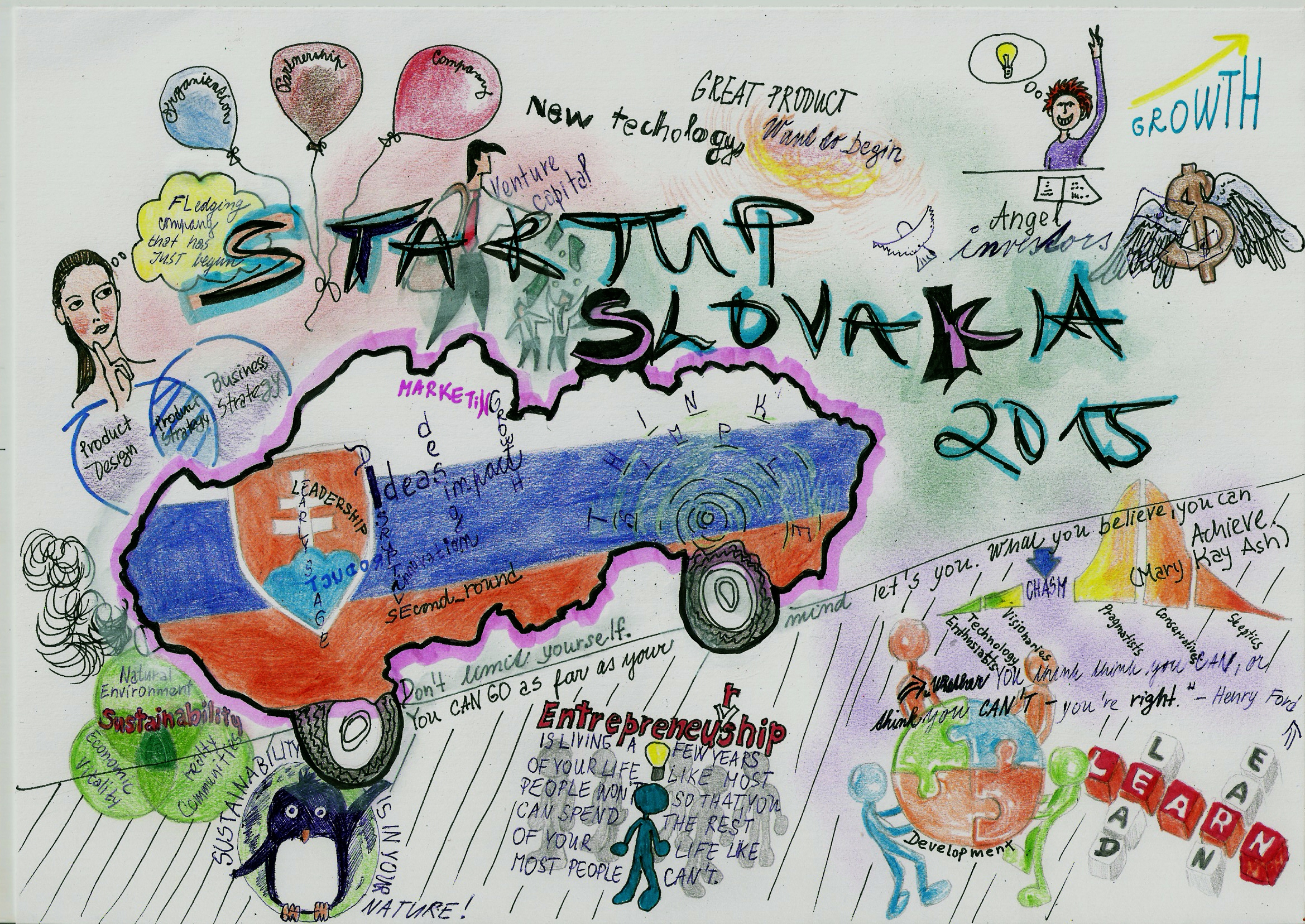 I am a big believer in the Give First philosophy. I have the pleasure of meeting so many people from so many different backgrounds, experience and nationality. I am really blessed to have this opportunity. Frantisek Borsik, is one of those individuals. Frank moved to Iceland and wanted to work here, he had a funny story of how his girlfriend loved Thor and they got to live in a street in Iceland called Asgard. Anyways, I always encourage people to help entrepreneurs and do things to create their own Startup Ecosystem. Today is a guest post by Frank talking about how Iceland inspired him to go back home and launch the initiative of Startup Slovakia. If the following Flying Car is any indication of the Entrepreneurial spirit in Slovaki, I think he is onto something.

You may not know me. However, since April 2014 I have been a member of the Startup Iceland initiative, meeting entrepreneurs, wannabe entrepreneurs and startups, trying to add value where it’s possible.

Many of you are doing your best to make something out of nothing. I am just a simple man, I like networking and marketing. And I love to learn! So thanks a lot for all those wonderful opportunities to learn from you.

Being a member of this initiative gave me so much. I experienced the conference Startup Iceland 2014 from the inside as a team member and it ignited a spark in me.

And I have a feeling that now is a time for me to move on and get back to my homeland, Slovakia. Do you know about this island in the heart of Europe? I hope so. This is a thing I like about you, my dear icelanders, you know about Slovakia, you even know about Czechoslovakia or you have at least been to Prague.

Well, we Slovaks are not perfect. Not at all! Years of socialism are still running in our blood. There was the Velvet Revolution and we were dreaming of being “the second Switzerland”. It’s not gonna happen any time soon so we woke up and jumped on that EU band-wagon. Was it a good decision? We hope so. Our prime minister calls journalists (who are not afraid to report his misfires) idiots, prostitutes and liars. But hey! We have a new president and my friends who know him are telling me that this guy can make a difference! He went on a trip to the US with people from slovak startup ecosystem and since they heard his speech in San Diego, they are whispering “JFK! JFK!”

So let me tell You something about the state of startups in Slovakia. Lets start in late 90′, do you know about NOD32, well-known antivirus company from one of our first startups, ESET? The company was awarded (to name just a few of its achievements) as the most successful Slovak company in 2008, 2009 and 2010. From the company breaking into the Deloitte Fast 50 CE in 2002 till now they are amongst the best. The company is still privately held and has branch offices in San Diego, Montreal, Buenos Aires, Sao Paulo, Prague, Krakow, and Singapore as well as distributors in over 180 countries.

Another great “older” startup from Slovakia that you most probably heard of before is Sygic, the world’s most downloaded offline navigation app. They were also in the Deloitte Fast 50 CEE Company for five consecutive years.

To name a couple of others from the past and the present:

M.dot app with their “Create a mobile website for your business or yourself from an iPhone” were acquired by GoDaddy in 2013.

Quality Unit is a privately owned software development and technology company that is offering web applications for business. A part of the company’s vision: “We embrace partnership. Our Affiliate Program is designed for 360° degree prosperity. The dial is set for success.” Their affiliate marketing software Post Affiliate Pro is used by dozens of thousands of merchants worldwide.

WebSupport is the biggest web hosting company in Slovakia, they won at the Startup Awards 2011 with Nicereply.com (a customer satisfactions analytics for e-mail, live chat and help desk) and last year again with their other spinoff inHiro.com (“Manage your entire recruitment with one simple online tool.”)

PIXEL FEDERATION was founded in 2007 by 4 people from the game industry and is dedicated to browser-based and mobile game development. The company currently employs over 100 people, have millions of users and have three successful Facebook games – Trainstation, Emporea and Diggy Adventure.

AeroMobil a.k.a. Flying Car! “AeroMobil is a “flying car” that perfectly makes use of existing infrastructure created for automobiles and planes, and opens doors to real door-to-door travel. In terms of automobile configuration, it fits to a standard parking space, its engine enables it to tank at any gas station, it is fully accustomed to road traffic and as a plane it could both take off and land at any airport in the world.” Sounds pretty good, right?!

datamolino, on the other hand, can turn your invoices into structured electronic documents that can be imported directly into your accounting system. Guys graduated from the Wayra accelerator in Prague earlier this year.

eDocu can help you imagine a world where you know everything about the things around you right away, just because everything has its own QR code.

Enough said for slovak success stories, now let’s talk about players that are in place to help them to take off and fly!

StartItUp (they expanded to the Czech Republic a few days ago!).

BrainHouse, Booster, Launcher, Eastcubator (+one is on its way, should be up and running in December).

Oh yeah, of course we are missing pretty much back there in Slovakia. We are young and afraid to fail (this one is actually pretty spread all around the world, except US and Israel, though). Big corporations and foreign countries are “eating” (sic!) our best brains. There might be too much capital and less good enough companies than necessary from time to time (and the opposite might be true the very next time). We need to create bridges from our small “island” to other “islands” in the world to be able to compare and compete our ideas with the big world out there. Our environment badly needs more “places” that will be able to take companies literally from the cradle to the grave.

Mama I’m Coming Home and I would like to make my dream come true: the first nation-wide startup conference, Startup Slovakia 2015. Where? In our second biggest city, Kosice. When? Summer 2015. The rest is TO BE DONE so let’s go for it my dear friends! #UNLEASH

Wanna help me to make this dream come true or want to create a bridges to Slovakia? Come to Startup Awards 2014, November 28th 2014, Bratislava, Slovakia @ http://www.startupawards.sk and we can talk or hit me a message.