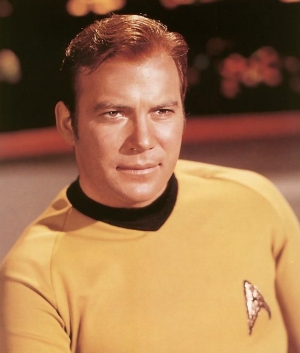 As I wrote in my previous blog post, I have been glued to the book “The Hard Thing about Hard Things” and watched the following video where Mark Suster interviews Ben Horowitz in Startup Grind. It is a great interview and I would highly encourage everyone who is a startup founder, CEO or investor to watch it.

One of the things that Ben talks about which I very strongly subscribe to in Startup Founders is the ability of Leadership and Courage. It seems a little touchy feely thing but IMHO this is the most important trait, technical skills you can learn, management skills again can be learnt, leadership skills not that obvious and it takes a lot of practice and mentoring and the more you get to do it the more it demands of you. I have written a lot about Leadership because I believe very strongly that Leadership is the X Factor of Entrepreneurship and if you can couple that with Courage to take bold decision and “Go where no-one has gone before” you have Captain Kirk like leadership. Remember that Courage is not absence of fear, but it is action to do the right thing despite fear. I have walked the path of startup founders in the last 5 years, I seen a lot of challenges that faces a startup and the teams that comprise a startup. The one single thread that keeps everything together is the trait of Leadership and Courage. Cultivate those traits, become obsessed with it and learn everything there is to learn about it, if you are an Entrepreneur or a Startup Founder.

Many of us included yours truly believed that courage is going into battle, but it is far from it. Courage is having the self awareness to ask for input from your friends and co-founder and your team. Courage is being vulnerable to the team with the notion that you don’t have all the answers. Courage is confronting your co-founder or Startup founder when she is going off the rails to give feedback and bring her back to reality. Courage is raising a red flag when whole team is telling lies and courage is raising the mirror and showing the entire team when politics starts trumping hard work, diligence and doing the right thing. These are hard things to do in a team environment. You need to factor the maturity, experience and the leadership capacity within the team to really push the agenda. Once again, I feel validated that my emphasis on leadership around building a leadership culture at all levels in the teams that I work with is the right principle. It may not seem obvious but it always pays rich dividends.

I am starting to watch the entire Star Trek Series starting from the first episode, as I believe Captain Kirk personifies a certain aspect of leadership and courage that is needed in a Startup Founder and Entrepreneur.

2 thoughts on “Leadership and Courage”