The future ain’t what it used to be.

Iceland voted yesterday and I have to say watching the reaction of the Icelanders is always entertaining. I have to say, Iceland has 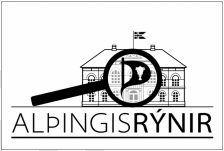 proved me right again, that they are willing to change the way the world works in their own way. The biggest upset in this swing election is that the Pirate Party actually has 3 Members of Parliament elected 6 months after the party was formed. In addition, another political party that advocates direct democracy as its platform has 6 Parliament members. This is historic in any right. I cannot remember a time when any country has done the above especially for a party with a name that means practice of a pirate; robbery or illegal violence at sea. 2. the unauthorized reproduction or use of a copyrighted book, recording, television program, patented invention, trademarked product, etc. This should be a clear message to those political parties that are holding onto dogmatic views about policies and politics.

I am not a politician and I think they are all wonderful people but for some reason politics just seems to not move things forward. I think Fred Wilson and Brad Feld, both had posts that basically outlined their understanding of working with political establishments and loosing, Brad wrote about “Compromise vs Problem Solving” and Fred wrote recently about “Immigration Reform“. I am not half as smart as either of those two men so I will let you decide for yourself my views on politics. I am just excited to see one more uncertainty out of the way in Iceland. Both the elected parties were part of the political and power establishments for over 2 decades in Iceland and they were blamed for the financial collapse. In my opinion there are multitude of things that went against Iceland and like any democracy everyone blame the politicians and politics. I think it is a pre-requisite in a open society to blame someone else for all the challenges and the best party is the political party in power. I am not saying that the government before the last had no part in it or that the next one really solved the problem. All I am saying is that Sh#$ happens if we don’t have someone else to blame then we have to take responsibility for our actions and take on a corrective course. That is hard to do so we have the political establishments and Governments, which we can blame for anything and everything. I’d rather spend my time solving some problem and helping Entrepreneurs who are trying to solve global problems… usually my request to anyone including Government is stay out of my way, I can take care of myself. Thank you very much!

One thought on “Back to the Future”