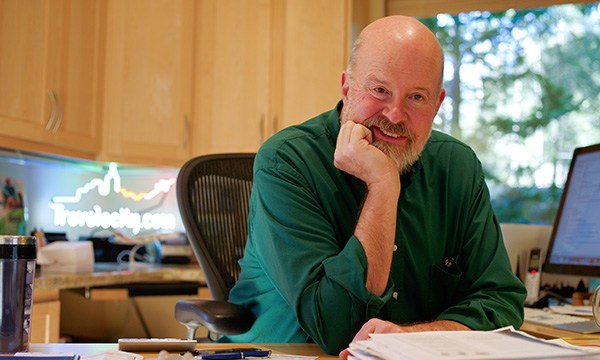 I am pleased to announce Terry Jones as one of the Keynote Speakers for Startup Iceland. We are going through a tremendous change and Terry has been around the block a couple of times and he is still founding companies and taking on the challenge of the future. I am excited to hear him speak and learn from his experience. Watch the TEDx talk below and you will see Terry’s humor, entrepreneurial spirit and insight.

Best known for founding Travelocity.com and serving as founding Chairman of Kayak.com, Terry Jones has become a powerful voice in the world of entrepreneurship through his numerous speaking engagements and the publication of his book, ON Innovation. His career path has established him as a thought leader on innovation in our increasingly digital world. Given the changes that Iceland is going through as it relates to travel, we thought Terry would be an ideal speaker for this year’s Startup Iceland Conference. His book is written for companies that are going through the Innovators Dilemma and are being disrupted. Make no mistake about it every established company in the world is going through this transition of disruption through technology. After watching some of the videos and reading his blog post I am convinced this will be one of the memorable talks of this year. Get your early bird tickets now before they run out.

A graduate of Denison University in Granville, Ohio, Jones, began his career as a travel agent, spent 24 years at American Airlines in marketing and information technology, capping his career as Chief Information Officer of its SABRE division. While at SABRE he led a team of six working on a project that became Travelocity.com. Jones served as CEO of Travelocity for seven years transforming it to a public company with three billion dollars in travel sales.

He left Travelocity when the company was taken private and became part of the founding team at Kayak.com, a company that yet again revolutionized how travel was purchased. He served as Chairman of the company from its founding until it was sold to Priceline for $1.8 billion dollars in 2013.

Today he is the managing principal of ON Inc. a consultancy he founded to help companies in their transition to the digital economy. He has served on over 13 boards andc urrently serves on the boards of Boingo, Sonicwall and Camping and Education Foundation. Terry is the author of the best selling book, ON Innovation, and the holder of several patents.