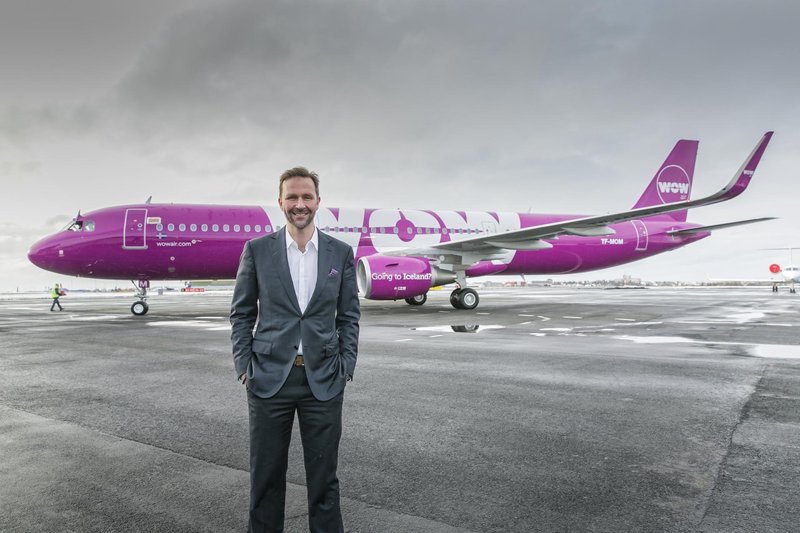 Skuli Mogensen, the founder, CEO and sole owner of Wow Air will be a Keynote Speaker in Startup Iceland 2018. Prior to founding WOW air Skúli spent 20 years as an entrepreneur and investor, primarily in the technology, media, and telecom industry in North America and Europe. Skuli Mogensen was awarded The Businessman of the Year Award in Iceland in 2011 and 2016. I have had the pleasure of discussion with Skuli, and he is as energetic and enthusiastic as a first time founder. What was fascinating to me during our discussions was the similar thoughts and conversations that I have with young founders. Skuli has accomplished a lot but there is a driving force behind him that should inspire all of us.

Coming to the story of Wow Air. The conventional wisdom is that airlines are a suckers business much like starting a restaurant. However, Skuli bucked the trend and saw the opportunity in Iceland to reinvent the travel and tourism industry in Iceland right after the financial collapse of 2008. Skuli has been an active investor and has played a significant role in the resurrection of the Icelandic entrepreneurship community. As I have always said before Founders and Entrepreneurs are my tribe and I happy to see Skuli participate in Startup Iceland and share his story. Here is a brief bio of Skuli, I don’t think these small paragraphs do justice to the actual work he has done in the last decade but it is a good start. You have bought your tickets to Startup Iceland right? the early bird tickets will run out soon, get your tickets now.

Mogensen co-founded and was CEO of OZ Communications, a mobile software company, while still studying philosophy at the University of Iceland. He grew OZ to over 200 employees and sold over 100 million copies of its messaging software to all the major handset manufacturers and mobile operators before selling OZ to Nokia in 2008.

In parallel Mogensen also co-founded Islandssimi, which later became Vodafone Iceland, and CAOZ, an animation studio which created the first full-featured 3D animated film in Iceland, Thor – The Legends of Valhalla. Mogensen is the largest investor and board member in Carbon Recycling International which is gaining global recognition for its pioneering work in the green energy field. CRI built the first plant in the world which converts CO2 emissions into Methanol, thus converting waste into energy. In 2010 Mogensen led a group of investors to resurrect MP Bank after the total collapse of the banking sector in Iceland.

Skúli Mogensen is an active patron of the arts and has sponsored a number of exhibitions and artists in Iceland over the years. Other hobbies include extreme skiing, cycling, and triathlons. Mogensen created the WOW cyclothon, an annual, unique 1358 km ultra-cycling race around Iceland, where teams and individuals compete and raise funds towards a good cause.