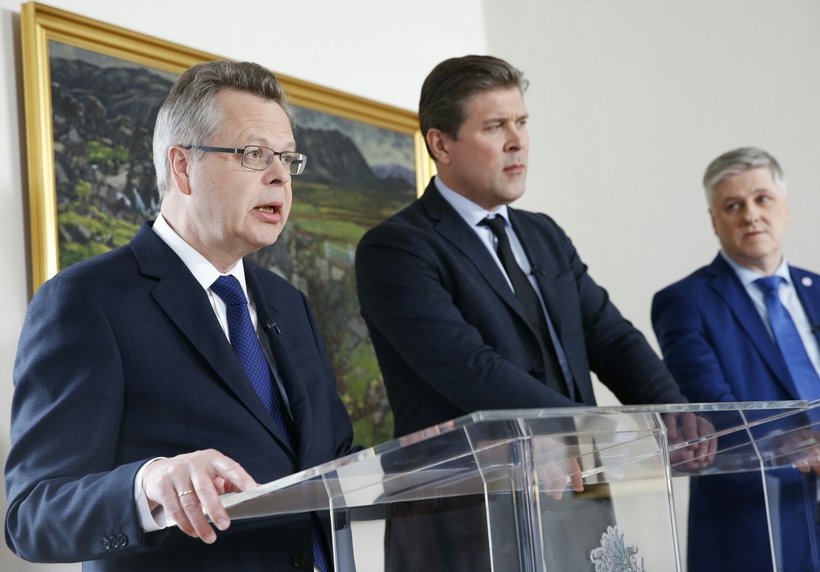 With the new Rules, the restrictions on foreign exchange transactions and cross-border movement of domestic and foreign currency have largely been lifted. In general, households and businesses will no longer be subject to the restrictions that the Foreign Exchange Act places on, among other things, foreign exchange transactions, foreign investment, hedging, and lending activity; furthermore, the requirement that residents repatriate foreign currency has been lifted. These are the items that have had the greatest impact on households and businesses since the capital controls were introduced in autumn 2008. With the amendments, foreign investment by pension funds, funds for collective investment (UCITS), and other investors in excess of the maximum amounts provided for in the Foreign Exchange Act, which until now have been subject to explicit exemptions by the Central Bank, will now be authorised. Furthermore, cross-border transactions with krónur are now authorised.

so, it should be easier for companies and individuals to transfer money into Iceland and out of Iceland. From what I understand you still need to disclose the transaction but you don’t need permission from the Central Bank of Iceland to make the transfer. It should make it easier for companies to go about doing their business, which is always good. What happened you ask? here is the explanation…

The reason it is now possible to undertake the above-mentioned amendments to the Rules on Foreign Exchange is that the risk of balance of payments disequilibrium that could cause monetary, exchange rate, or financial instability has diminished significantly in the past year.

Why do you think the risk has been reduced? because Iceland invested in the Tourism industry and built a new service industry which has become the third economic pillar of Iceland. This did not happen because of some central planning, it happened because a number of entrepreneurs and founders saw the increase in tourism and started businesses that can accommodate the demand of the travellers coming to Iceland. Yes, it has created new wealth in the economy and much needed foreign currency and Yes, it is back to the future here in the rock in the middle of the Atlantic ocean.

For those of us who have seen this from the inside, it is quite staggering how quickly Iceland has come out of one of the most difficult economic struggles the country has had in its history. What can I say I am impressed and relieved, but now the hard work starts again. With the free movement of capital, it is important that we in Iceland do not lose our heads. The asset prices become artificially cheap when the perception of risk mitigates but there is always a true value of things and I hope we are more sensible as a community this time around.

If you buy things you do not need, soon you will have to sell things you need – Warren Buffett

The above quote is apt for Iceland, especially given the fact most of the things that we bought was based on borrowed money, it exasperates the challenge when you have to pay it back.

Coming back to our world of Startups, I hope this more or less removes any friction any founder has with regard to building their business. I also hope that we are able to import more founders from around the world to build companies out of Iceland. I have written about this before, my vision has always been that Iceland is the best place to validate your product to market fit. I hope more startups come to Iceland to experiment with that and when they do it will increase the volume and velocity of startups that get created in Iceland.

I am pretty sure books will be written about this recovery in Iceland. In my opinion how Iceland got out of the mess is a startup story. The community had to come together to rebuild again, it resulted in Harpa Concert Hall and Conference Centre, build up of the Tourism industry on the backbone of startups, entrepreneurs and small and medium size tour operators. Launch of a brand new airline by an entrepreneur, so on and so forth. I believe it is something every Icelander should look back and reflect. I believe Startup Iceland has played a role in this story and I am quite please with the development of our Startup Community. Although a lot of people in Iceland would like to move past the community building aspect of Startup Iceland, IMHO, we are still in mile 5 of a Marathon, we have a long way to go. There is still a lot of work to be done to create a vibrant startup ecosystem. That is why I am excited about Startup Iceland 2017.

We are bringing a number of young funded startups and founders to Startup Iceland 2017 and I hope the community takes advantage of connecting with these founders. We are also bringing a number of thought leaders and influencers who can fundamentally transform a startup if only the founder spends time with those who come by scheduling the one-on-one mentoring sessions we organise during the Startup Iceland conference. You need a ticket to schedule the one-on-one session so buy your early bird tickets now.