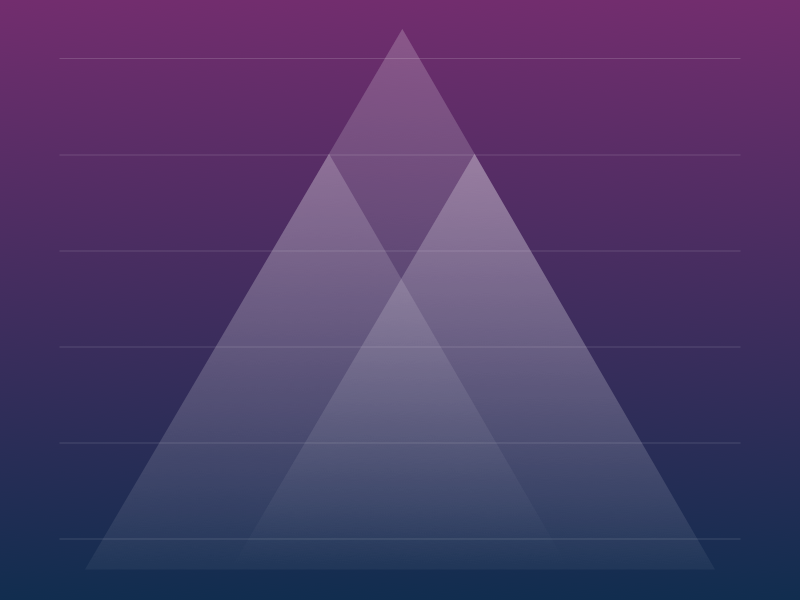 Jim Collins, the influential management theorist, coined the phrase “Level 5″ leadership after his research team set out to answer the questions: Can a good company become a great company and, if so, how? What makes a company out-surpass its competition? Plenty of businesses have evolved with great leadership, but what about those that woke up one day to realize they’re good, but not that great?

To answer these questions, Collins’ team set out to identify businesses through a series of metrics that shifted from good to great performance — and sustained it for 15 years or more. Specifically, his team examined 1,435 companies that appeared on the Fortune 500 from 1965 through 1995. They looked for a specific pattern of cumulative stock returns at or below the general stock market to identify a specific transition mark, which was followed by cumulative returns at least three times the market over the next 15 years.

At the end, only around one dozen companies were left standing, which jumped all the metrics hurdles and passed into the next step of the study. Those companies were then examined in depth. Although Collins initially ignored the question of leadership altogether because he wanted to avoid overly simplistic answers, when his team analyzed what the highest-performing companies had in common, the nature of their CEO’s was a clear indicator.

Every single one of the “good” to “great” transformations was led by unassuming leadership who were described by their colleagues through similar keywords: quiet, modest, humble, reserved, shy, gracious, mild-mannered, understated, self-effacing.

Level 5 leaders easily made it into the framework as one of the strongest, most consistent differentiators between good-to-great and their comparison companies. They are leaders identified in the highest hierarchy of executive capabilities.

According to Collins, leaders at the other four levels in the hierarchy can produce high degrees of success but not enough to elevate companies from mediocrity to sustained excellence.

Good-to-great transformations simply don’t happen without a Level 5 leader at the helm. But what lies beneath?

Level 5 leadership, Collins’ research suggests, is counterintuitive and paradoxical, even countercultural. People assume that transforming a company from good to great requires larger-than-life, megalomaniacal personalities who are assertive, forceful, and completely visible. However, Collins’ research indicates the opposite is true (recent research from Adam Grant supports this; more on that later).

Level 5 leaders are a study in duality: they are modest and willful, shy and fearless.

Most of the Level 5 leaders Collins identified exemplified a modesty that compelled them to shun attention and media hype. They are people whom many of us have probably never heard of. Shrouded in mystery, they’re people who have ostensibly come from Mars.

When asked about his research, Collins said in an interview:

The central dimension for Level 5 is a leader who is ambitious first and foremost for the cause, for the company, for the work, not for himself or herself, and has an absolutely terrifying iron will to make good on that ambition.

It is that combination, the fact that it is not about them, it’s not first and foremost for them, it is for the company and its long-term interests, of which they are just a part. But it is not a meekness; it is not a wallflower type. It’s the other side of the coin.

Collins summarized his research findings in his influential book, Good to Great, in which he tells the story, among others, of Darwin Smith, who in his twenty years as head of Kimberly-Clark, turned it into the leading paper company in the world, generating stock returns more than four times higher than the market average. Smith was a mild-mannered man who worked as the company’s lawyer. When the company was struggling back in the 70’s, Smith approached their board, who, after expressing reservations about his experience to lead, appointed him as CEO.

Soon after his appointment, Smith made the dramatic decision to divest the mills that had produced the company’s core products, and invest instead in the consumer-products industry, which he believed provided better opportunities for the company’s future and long-term growth. The market responded that this was a huge mistake. Wall Street even downgraded Kimberly-Clark’s stock. But Smith maintained a fierce resolve underneath his soft demeanor. As a result, the company soon surpassed its rivals, achieving sustained excellence for decades to follow.

Asked by a Wall Street Journal reporter to describe his management style, Smith looked at him during an uncomfortably long period of silence and then replied, “Eccentric.” Years later, after the company’s successes, when asked to reflect on his strategy, Smith responded that he never stopped trying to become qualified for his position.

The key takeaways from Collins’ research are clear: Level 5 leaders have a huge impact on whether their companies can shift from one level to another. Second, we don’t need giant personalities to transform companies that outcompete the competition. Rather, we need businesses run by leaders who put their self-interests aside to build the sustainable enterprises they run.

Companies are not simply born into greatness; they are led there.

Jessie carries 15 years of experience in engineering, law, and technology, most recently serving as CMO of Tempo, a B2B SaaS company in hyper-growth. A New York transplant living in Reykjavik, she is interested in company culture, building strong brands, product design, and impact.

View all posts by Jessie VanderVeen →