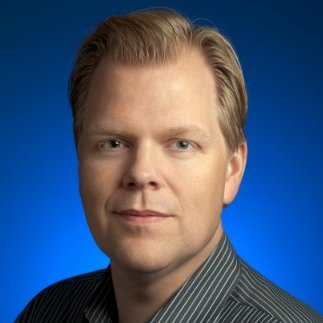 Today we have a guest post by Jói Sigurdsson, the Founder of CrankWheel. I have known Jói for sometime now. I remember him giving a lecture in one of the Icelandic bars a few years back while he was still working at Google. Actually I think the talk was about what he was working on at Google, it was Google Desktop. I was impressed and inspired to be validated by my thesis that Icelanders were really good at Software Engineering (You know James Gosling the father of Java programming language’s grandmother was Icelandic, right?) Anyways, I digress. Jói is on a new journey and it gives me great pleasure to have him guest blog about his adventure and why he is doing this in Iceland other than the fact that he is Icelandic. Without much ado… here is Jói and CrankWheel.

Why CrankWheel, and why Iceland?

About a year ago, I left a fantastic job at Google to fulfil my long standing desire to start my own company. I took a couple of months off, then started working on the startup idea I had when I left Google, only to discover that I was not passionate enough about building that particular business. I won’t describe it in detail in this blog post; suffice it to say that it was related to software localization, an area I worked on quite a bit at Google.

What followed were a couple of months of gut-wrenching self-doubt. This blog post is about those months, how I found and fell in love with the idea that became CrankWheel, and why my co-founder Þorgils and I chose to start in Iceland.

The metaphorical winter of my discontent was actually late last summer, when the sun in Iceland had started dipping below the horizon for a few hours every night. Þorgils and I had attended elementary school in Akureyri together, back in the days when Iceland had just one television channel which broadcast only 6 days a week, 11 months a year. We had become reacquainted a few months earlier, and were spending quite a lot of time together socially that summer.

On one of these long late summer nights, taking in the view from Þorgils’ house of Reykjavík’s city lights, we got to talking about what was missing in his line of business, which was advising and selling to clients over the phone. He described the typical process of selling financial products such as term life insurance: The sales agent calls the customer, tries to get them interested in buying, and if there is interest, they book a meeting in person the following day. A huge portion of such meetings gets cancelled or rescheduled ad infinitum. In the meeting, you bring presentation materials that will let you close the sale.

Why not finish the sale over the phone, I asked? The product being sold is too complicated to explain just by talking. You need to show charts and figures, to point to things and explain. At first, I thought people could use online conferencing systems to achieve this, but after we talked some more and did some online research, our conclusion was that all of the existing systems are way too complicated to ask your customer to use within a phone call; in most cases you would need to spend several minutes helping them set up such a system, and in all cases there would be a high likelihood that they would have problems joining the meeting because of outdated software, lack of technical skills, or a poor Internet connection.

This is how the idea for CrankWheel was born, as we brainstormed well into the night. I wrote down this one-liner as an early dawn approached: “For telephone sales and call centers, to add a visual element.” The idea really resonated with me, because I had vivid memories from the years I spent living in Canada, of attempting to stay focused while a customer service agent I had called to change my mobile phone subscription spent minutes reciting the details of my current plan, then the details of the plan I was switching to, and then repeated all of the details again after I confirmed that I wanted to switch. How much easier it would have been, I thought, if they could have just shown me?

The other reason I fell in love with CrankWheel is that it lets me leverage technology I care deeply about, namely WebRTC. This technology is built into the Chrome and Firefox browsers, as well as hopefully soon a few more of the major browsers, and can also be used in stand-alone applications. It makes it possible to create web applications that make use of real-time communications, i.e. real-time audio and video streams. Think of it like this: If Skype were starting today, it could be done as a web application, using just JavaScript, no download required. I care about WebRTC not only because it’s super cool technology which has the potential to be as disruptive to what you can create on top of the web as AJAX was back in the day, but also because WebRTC was the last project I worked on at Google, so I feel a bit of ownership in it, and I know a lot of the very cool people working on it.

I believe CrankWheel is 10x better than anything else out there today, because we are laser focused on one particular use-case, and on making it work every time with no hassle: You have a customer on the phone. You need to show them something. CrankWheel makes that happen in 10 seconds or less, regardless of whether the user has a computer, a tablet, or a smartphone, regardless of how outdated their browser is, regardless of whether the customer is a computer wizard or computer illiterate, and regardless of whether they are connecting over fiber optic cable or a 2G mobile connection. They never need to download anything, or do anything more complicated than point and click. The service agent is never in doubt that the customer is seeing exactly what they want them to see. We believe the whole thing has to “just work”, not just 99 times out of a hundred, but better than 999 times out of 1000, and we’re confident that our solution achieves this goal.

That brings us to the other subject of this blog post: Why we started CrankWheel in Iceland. It’s a fair question and the answer is not obvious. I have a significant network in both Montréal (in Québec, Canada) and in California’s Silicon Valley, both of which are great places to start technology companies, and it would have been financially feasible to move to either place and start there.

First off, there is the obvious inertia of moving away from family and friends. Both Þorgils and I have kids, and the kids’ school and friends and lives are here. But even if this had not been the case, I think it’s very likely we would still have started here.

It’s very easy for us to get started in Iceland. We both have strong networks here, and there are several Icelandic companies that have been extremely willing to act as beta customers and to run structured trials of our solution so that they can give us measurable testimonials, e.g., how much sales improved, how much customer service phone calls were shortened, how customer satisfaction improved, and so forth. Although the Icelandic market is not going to be a significant focus going forward, it’s great to have friendly and willing world-class companies almost literally next door that are happy to let us learn from their use of the first versions of our product, before we enter our growth phase and start focusing almost all our efforts on larger markets.

Starting in one of the world’s technology hot-spots can be very expensive compared to Iceland. Just look at the cost of living in Silicon Valley, or London, or New York, and it’s obvious. In the past 5-6 years, the typical size of a Seed investment round in the US has more than doubled and is now in the 1.5 million USD ballpark, and in Silicon Valley, that kind of money typically only lasts a startup 12-18 months, and that’s assuming a very small team. In Iceland, investors’ money will last considerably longer, and the time needed to reach break-even is shorter, since you will need less revenues to cover the expenses of a given size of team.

Finally, the talent pool in Iceland is really good. It’s small, but in my opinion the average quality of the people you need to build a product, e.g., programmers, designers and such, is very high compared to what I’ve experienced abroad. At some point I hope CrankWheel will have grown enough that it will start to become difficult for us to hire people with the right skill set in Iceland, but until then, this is a great place to grow our team.

There can be disadvantages to starting in Iceland, or any place that is small and far away from your future market area, but the magnitude of these disadvantages will depend quite a bit on the business model you choose. CrankWheel is a Software-as-a-Service (SaaS) solution, meaning it is a hosted solution and the kind of deep integrations and long sales cycles that are typical for enterprise software solutions are unnecessary. For a globally focused enterprise software company, starting in Iceland could be a significant disadvantage since most of your customers are far away, and you have a considerable need to visit them in person. For a SaaS company, there is much less need to meet in person, which reduces this disadvantage considerably. For our company in particular, that likes to use its own product to further reduce the need for meeting in person, this disadvantage becomes even smaller.

I hope I’ve given some insight into why I fell in love with CrankWheel, and why I’m excited to build CrankWheel in Iceland. I’m happy to continue the conversation on Twitter at either @joisig or @CrankWheel, or on CrankWheel’s Facebook page.

Shameless plug: CrankWheel is hiring! Check our Facebook page for links to listings.

I’d like to end by giving a shout-out to Bala. Thank you Bala, for the opportunity to guest blog, and thanks for everything you’ve done for the Icelandic startup community! I look forward to attending the Startup Iceland conference in just a couple of weeks, and I encourage everyone connected to the Icelandic startup scene to attend – it’s the premier event for our community.

I'm the Founder & CEO of CrankWheel. When you have a customer on the line and you really need to show them something, as if they were sitting in front of your computer with you, CrankWheel lets you do this in 10 seconds. Any device, any browser, no install needed, just works.

View all posts by Jói Sigurdsson →