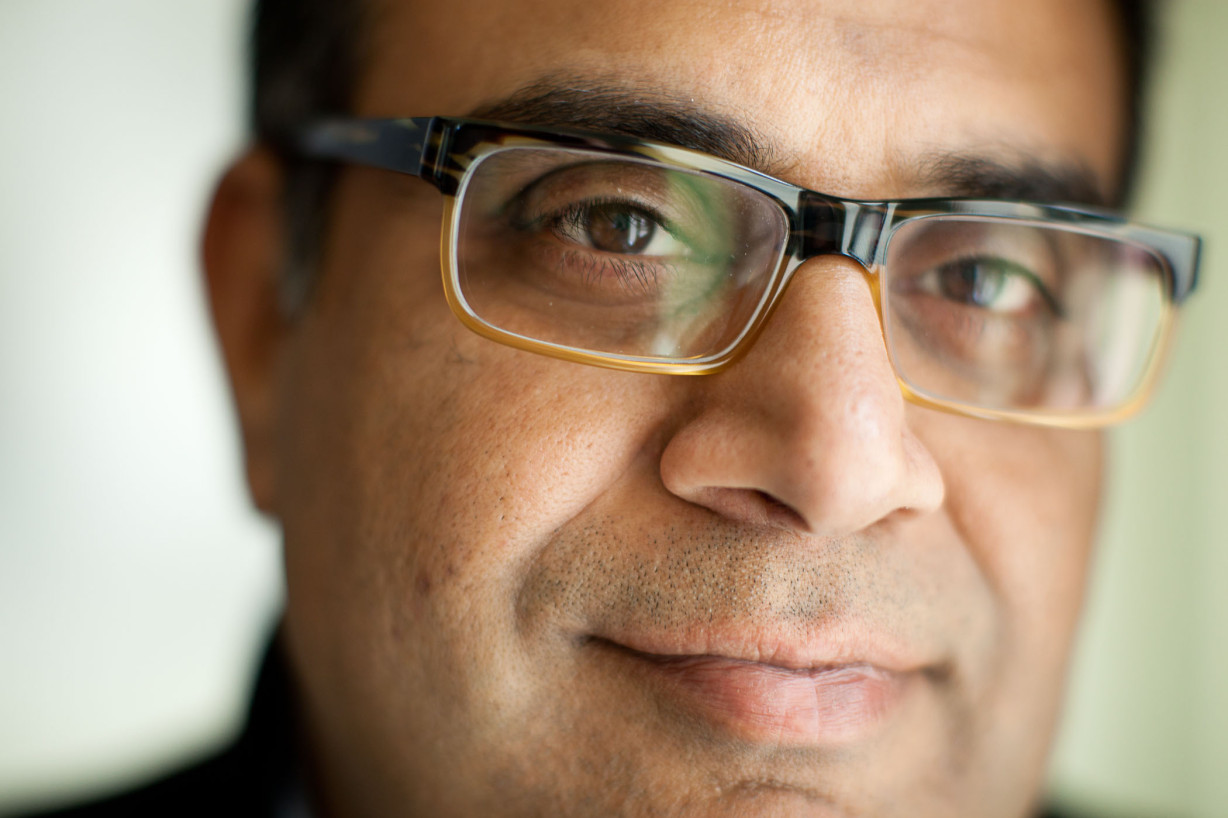 I love Twitter, have I mentioned that before? Well, I do. Here is the interaction I had with Om at 2 am Iceland time. I was able t

o convince Om to join us for Startup Iceland. He is coming and will be spending a whole week here. You should definitely take the time to meet with him. You can do that by buying your early bird ticket to Startup Iceland. He will be a keynote speaker and will act as mentor on May 28th. If you have not been following Om Malik you should and he tweets as @Om. I love his writing style and have been following his blog for a long time now. He has written for many prominent publications and continues to do that. I am excited to hear him talk about the future and what he has been doing. Last but not least, I will get a chance to show him that Iceland has a fantastic Indian Restaurant.

Here is a brief background about Om, in his own words and how he was a pioneer in changing the blogging world:

I am the founder of Gigaom. Prior to founding GigaOM, I worked in various editorial roles for Business 2.0, Forbes.com, Red Herring and Quick Nikkei News. In September 2008, I joined True Ventures, a San Francisco-based venture firm that was an early investor in Gigaom as a venture partner. In 2014, I became a full partner at the firm.

I am also the author of Broadbandits: Inside the $750 Billion Telecom Heist. (Take a look on Google Books or buy it from Amazon.com.) My writings have also appeared in newspapers and magazines such as The Wall Street Journal, Business 2.0, Brandweek, and Crains, New York Business. This is my personal blog where I blogs about startups, technology, Silicon Valley culture, music, books, baseball, clothing, and my life. I write a column for Fast Company magazine. I also often appear on Bloomberg West, the leading technology tv show hosted by Emily Chang and Cory Johnson.

The Journey So Far:

I grew up in Delhi. I graduated from St. Stephens’ College in New Delhi with an honors degree in chemistry in 1986. In early 1990s, I moved to the US. In 1995 I co-founded a South Asian portal, Masala.com, a year after I started Desiparty.com, a South Asian Events Listings Service that still exists as a standalone entity under different management.

I have contributed articles to several Indian publications including the Economic Times and The Week, India’s leading news weekly. In my early days in the US, I briefly worked for India Abroad and India West. After a short stint at Quick Nikkei News, I made the switch to the online world.

In the early and heady days of online news, I worked in Silicon Alley, observing the Internet revolution (and later bubble) from a close proximity. It was here, as part of the founding team of Forbes.com (where I eventually became a senior editor.)

At the height of the Internet bubble, I left Forbes.com to join Hambrecht & Quist Asia Pacific as an investment manager, thus crossing over into the venture capital business. However, few months in the VC business, I realized that it was time for me to return to what love the writing and reporting. I joined Red Herring in mid 2000 as a senior writer and stayed with the iconic magazine demise right through the end. It was the happiest phase of my work life.

In March 2003, after being grilled by Josh Quittner on a cold rainy day, I joined Business 2.0 as a senior writer and I moved out west, again, with much reluctance. Josh quickly became one of my most favorite editors, inspiring me to reach for heights that I couldn’t even imagine. He encouraged me to think different, think big and think mass audience. Result were evident in several stories including The New Road to Riches, The Rise of The Instant Company, How to Ride the Fifth Wave, and How to Build a Bulletproof Startup. Today the changes discussed in those stories have become mainstream under the monikers such as The Lean Startup. God, I miss that magazine!

Having forecasted the rise of micro-pubs as early as 2003, in June 2006, I decided it was time to leave the cozy world of magazines and instead transform Gigaom from one man and his blog into a company with seed funding from True Ventures.

In December 2007, I suffered a heart attack, an event that changed my views on work, life and perspective. Out went the cigars and scotch, and in came a simpler life. The health episode unfortunately diverted attention from what is the only thing of consequence – the story.

In September 2008, I joined True Ventures as a venture partner. In 2014, I became a full partner of the firm.

My grandfather once told me, “Do not bank money, bank people.” I was a little boy then, who did not quite understand what he meant. His advice, however, stayed with me and is at the heart of this True story.

I first met Toni Schneider back in 2004 when I was researching my “The New Road To Riches” story for Business 2.0. It was back in the early days of Web 2.0 when everyone knew everyone. He was CEO of Oddpost, a start-up that was acquired by Yahoo. Toni, along with Oddpost co-founders Ethan Diamond and Iain Lamb, were featured on the cover of my beloved magazine. Toni introduced me to Tony Conrad, who become an instant friend.

In 2005, I was kicking around the idea of starting a new kind of a media company. I had gone around and met with a lot of venture capitalists in the valley, who gave me some stellar feedback and helped me craft a game plan. When I ran it by Tony and Toni, they suggested that perhaps it was time for me to meet with Phil Black and Jon Callaghan. The meeting was set.

It seems like a long time ago that I walked into the sparsely furnished Presidio offices of True Ventures. I was escorted into a cold conference room only to see Jon, Phil, Toni, and Tony sitting around the conference table. John Burke, who lives in Virginia, was the only team member not present. I had already said hello to Shea Di Donna and Braughm Ricke before walking into the room.

I guess it was time to start pitching my story to this group, who were, like me, venturing on a new journey. I opened my PowerBook, fired up the PowerPoint, and was getting ready to go through the whole pitch when Jon handed me an envelope, signed by all members of the True family. “Go make your dream come true,” he said. I did not look to see what was inside the envelope, but soon enough I took the first step into the roller coaster world of entrepreneurship.

I have often made appearances on several television shows such as Bloomberg, National Public Radio; BBC Television & Radio; CNN; CNBC and many Internet shows such as the Twit.tv. I am often quoted in several print and online publications as well. I write a column for Fast Company, Technovore.