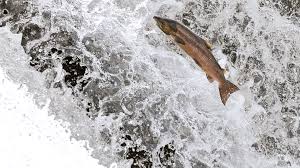 I was one of the first investors to invest in Iceland right after the financial collapse of 2008. That does not make me a contrarian, why I invested and the thinking behind that investment hopefully does. Being a contrarian is a tough job, think about being wrong and alone, being right and alone is hard enough. Well, I was not thinking about the crowd or going with the flow or being right or wrong. I wanted to do something that I believed in and that forced me to think for myself. There were many options in front of me at that time, I could have gone back to my consulting gig, yes, I would have started where I left off and I know I could have worked my way through the projects. I know how I added value. What really burned inside of me is the feeling that I wanted to do something that was more than a job. A job is just work, but when you are able to merge work with purpose you are elevate to a totally different paradigm. I am always looking for people who make that jump.

I have written a lot about my purpose, the birth of Startup Iceland and all the activities and things that has led up to this point in time. I have met some wonderful people along the way, helped a lot of entrepreneurs along the way and I think we have created a movement in Iceland. It was really gratifying to see more people wanting to host meetups about starting up, entrepreneurship and helping everyone get started and build sustainable business. The challenge with contrarian thinking is that when the entire crowd starts to do what you do, it is time to rethink for yourself and ask whether the purpose and mission are still valid. Since I announced that I am doing a Venture Fund in Iceland, I think there are 5 other groups of people wanting to do the same thing. I think that is great for the Icelandic Startup Community, it creates a number of options for the entrepreneurs and startups. I hope everyone raises money which creates a vibrant funding environment for startups.

The next Bill Gates is not going to create an operating system, or the next Mark Zuckerberg is not going to build the next social network. If you are copying these people you have not learnt from them says Peter Thiel. I could not agree more to this thinking. This is contrarian thinking. What we need to be thinking about is not what the past gave us but what we need to build for the future. There are a number of things that I find extremely fascinating especially in Iceland… I have given some hints of it in this blog, I think Energy is a huge problem, Food and how we make Food is a huge problem. Our aging and longevity is a huge problem. Computers as advanced as they have become they still work very much like how they used to work in the early days. We have done geometrically better improvements but I don’t believe we have really changed computing.

There are still so many secrets left to uncover, energy storage is still a chemical and physical mystery, we are thinking the same way as we have for a long time. How we make stuff has not yet been transformed, 3D printing is promising but still the technology was quite old that just got a patent release only in 2008.  Iceland has a unique opportunity here, the most contrarian think to think about is to make Iceland one of the manufacturing hubs for the world. There are a number of constraints and advantages that make it a great place. For one thing almost nothing is made in Iceland, every designer I meet says China is so much more cheaper to make things. Yes, but I think that is where lies the opportunity. What are the things that we could be doing in Iceland that does not make immediate sense but definitely does in the future?

One thought on “Contrarian Thinking”