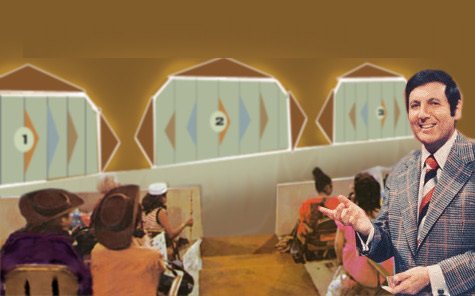 If you are wondering what the Monty Hall Problem is all about, here is an excerpt from the movie “21”. Before you watch this let me ask you to calculate the probability of the Monty Hall Problem, you have 3 doors, behind one of the door is a brand new car, behind the other 2 doors are goats. What is the probability of you picking the car? if you answered 1 in 3 or 33.3% chance you are correct. Lets say you picked door #1, now the game show host opens door #3 and behind it is a goat. Now he asks you would like to keep your choice i.e door #1 or switch to door #2? will you change your choice? and now what do you think is the probability of you getting a Car? conditional on the fact that door #3 has a goat… watch the video to know the correct answer

I think Venture Investing is NOT risky. There I said it. I think Angel Investing is NOT risky either. It is extremely risky for those who do not understand Conditional Probability and Geometric Progression. Conditional Probability and Geometric Progression are not the most intuitive things to understand. There is enough evidence to suggest that our human brain is not geared to understand these abstract concepts. It is not just us normal people, even PhDs and academics and everyone in-between don’t get it either. Here is an article about how one of the World’s Smartest Woman went through a nightmarish journey, rife with name-calling, gender-based assumptions, and academic persecution because she understood Conditional Probability.

The Time Everyone “Corrected” the World’s Smartest Woman

By all accounts, Marilyn vos Savant was a child prodigy.

Born in St. Louis, Missouri in 1946, the young savant quickly developed an aptitude for math and science. At age 10, she was given two intelligence tests — the Stanford-Binet, and the Mega Test — both of which placed her mental capacity at that of a 23-year-old. She went on to be listed in the Guinness Book of World Records for having the “World’s Highest IQ,” and, as a result, gained international fame.

Despite her status as the “world’s smartest woman,” vos Savant maintained that attempts to measure intelligence were “useless,” and she rejected IQ tests as unreliable. In the mid-1980s, with free rein to choose a career path, she packed her bags and moved to New York City to be a writer.

Here, she caught a break: when Parade Magazine wrote a profile on her, readers responded with so many letters that the publication offered her a full-time job. Shortly thereafter, she established “Ask Marilyn,” a now-famous weekly column in which she answered (and continues to answer, to this day) a variety of academic questions and logic puzzles. It was in the body of one of these columns that vos Savant ignited one of the most heated statistical battles of the 21st century.

When vos Savant politely responded to a reader’s inquiry on the Monty Hall Problem, a then-relatively-unknown probability puzzle, she never could’ve imagined what would unfold: though her answer was correct, she received over 10,000 letters, many from noted scholars and Ph.Ds, informing her that she was a hare-brained idiot.

Venture and Angel Investing is very similar to a Monty Hall Problem, instead of 3 doors there are infinite number of doors and the decision to invest is built around a number of conditional probabilities. If you don’t understand decision making under conditions of uncertainty, it is difficult to make the investment decisions. We try to build proxies so we can outsource the decision making to those who have done this before i.e. have a track record. Unfortunately, track records are also not very good indicators of success in this. When all else fails we basically fall into the trap of “diversification” or rigorous “due diligence”, again it does not work in this fat tail world.

The only thing that works IMHO, is to change your own mindset from an investor to that of a Founder. Utilize your network, build your network and find ways to connect the dots and help the founder in figuring out the way to build their business. It is not easy, because we are trained to fit into boxes. Those who invest in startups, I mean the ones who stick their neck out to do this are not the types to fit into a box.