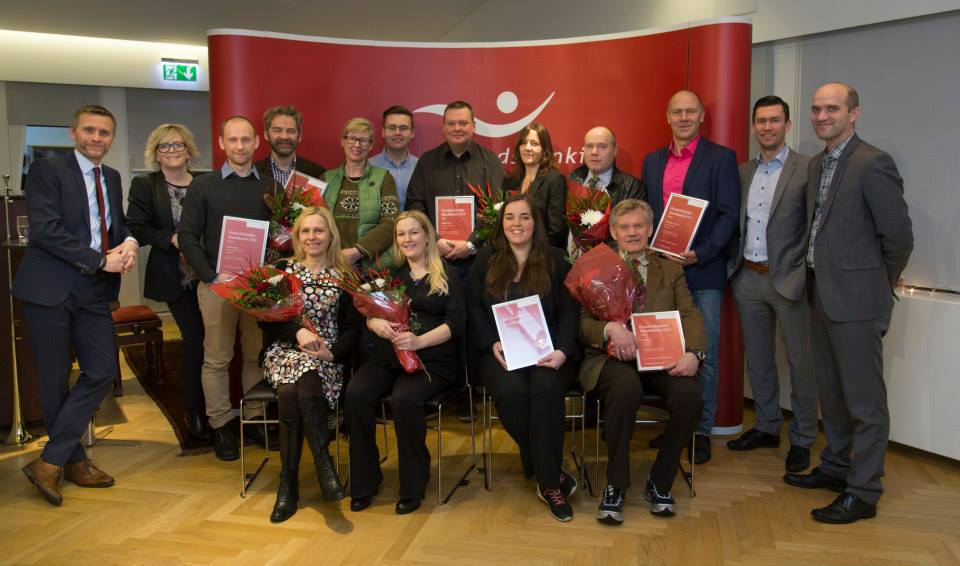 I was invited to give a talk in an event organized by Islandsbanki to award grants to 6 entrepreneurial companies. The companies were in the Energy and Seafood sectors, which is the core focus of the bank. I have inside knowledge of the strategy of the bank given I was part of the team that more or less built it. I was really happy to see that the bank has stuck to the strategy because it works and it makes sense. The six entrepreneurial teams that were awarded the grants were

Each of the teams got ISK 10.000.000 ($80,500 according to current exchange rate :)), which is not small money given that the teams don’t have to give out any equity. I think there are places and team where having the runway to experiment, tinker and solve some problems need to be funded through grants and other means. I also know enough to say that some entrepreneurs get sucked into chasing grants that they forget why they are doing what they are doing. Grant process becomes the startup. I would highly encourage startup founders and entrepreneurs to not fall into that trap. Focus on building something of value for someone else value begets value.

I was reminded of an article that I read written by Dharmesh Shah, Co-founder and CTO of Hubspot. The title of the article was “8 Slow, Difficult steps to become a millionaire“, I really liked #3:

If you are building something that will serve millions of people, then everything else that follows that is just mechanics. Things can be so simple when we change our own perspective of how the world works. I think Dharmesh has become a billionaire because Hubspot just when public. I hope all the entrepreneurs who got the grant focus on serving their customers and creating value. I think that is the only way to build enduring companies. I am happy to see there are a number of resources for entrepreneurs and startup founders to get started and build value. I was inspired to participate in the event and inspired to meet the founders.