This is a series of posts that are aimed at providing more background about the speakers who are going to participate in the Startup Iceland Conference on May 30th, 2012 in Iceland. The conference came into existence because we started asking the question How do we build a sustainable startup/entrepreneurial ecosystem so that successful companies can be created out of them. We are sure every country, city and town is asking this question given the devastation the financial crisis of 2008 has left on the world economies.

History has shown that entrepreneurs are builders and creators of valuable resources for their communities. Small entrepreneurial companies create more jobs than large companies, and jobs are the economic engine of every society. With that background we asked ourselves, are there best practices, methods and learning strategies that we could apply in our community here in Iceland? Are there examples of entrepreneurs who have solved this challenge, or tried and failed? How can we learn from this experience?
We reached out to Brad Feld through an open letter, to which he responded right away through his new blog Startup Communities. His encouragement and acceptance to come to Iceland made us look at creating an event around his participation. We have written about the troubles and tribulations and pivots of organizing an event like the one that we described but this post is about Brad.
Brad Feld to me is John Galt of the famous novel “The Atlas Shrugged” written by Ayn Rand. If you have not read the book, I strongly recommend reading it. It is

still relevant and useful metaphor for what is going in the world around us.

Brad has been an early stage investor and entrepreneur for over twenty years. Prior to co-founding Foundry Group, he co-founded Mobius Venture Capital and, prior to that, founded Intensity Ventures, a company that helped launch and operate software companies and later became a venture affiliate of the predecessor to Mobius Venture Capital. Brad currently serves on the board of directors of Gist, Gnip, Oblong, Standing Cloud, and Zynga for Foundry Group. Previously, Brad served as chief technology officer of AmeriData Technologies. AmeriData acquired Feld Technologies, a firm he founded in 1987 that specialized in custom software applications.

Brad had grown Feld Technologies into one of Boston’s leading software consulting firms prior to the acquisition. He also directed the diversification into software consulting at AmeriData, a $1.5 billion publicly-traded company which was acquired by GE Capital in 1995. In addition to his investing efforts, Brad has been active with several non-profit organizations and currently is chairman of the National Center for Women & Information Technology and co-chairman of the Colorado Governor’s Innovation Council.

Brad is a nationally recognized speaker on the topics of venture capital investing and entrepreneurship and writes widely read and well respected blogs at www.feld.com and www.askthevc.com. He has authored 3 books Do More Faster, Venture Deals and more recently Burning Entrepreneur

Notable companies that Brad has invested in and/or sat on the boards of include Abuzz (acq. NYT), Anyday.com (acq. PALM), Critical Path (CPTH), Cyanea (acq. IBM), Dante Group (acq. WEBM), DataPower (acq. IBM), FeedBurner (acq. by GOOG), Feld Group (acq. by EDS), Harmonix (acq. VIA), NetGenesis (IPO), ServiceMagic (acq. IACI), and ServiceMetrics (acq. EXDS). Brad holds Bachelor of Science and Master of Science degrees in Management Science from the Massachusetts Institute of Technology. Brad is also an avid art collector and long-distance runner. He has completed fourteen marathons as part of his mission to run a marathon in each of the fifty states.

Brad the person is what inspired me personally to follow him and learn from him. Check out the post by David Cohen about Brad’s Random Acts of Kindness. 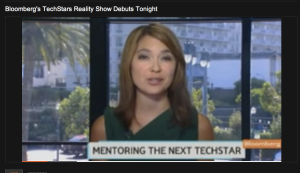